Warning: count(): Parameter must be an array or an object that implements Countable in /home/booscien/public_html/wp-includes/theme.php on line 630

Warning: count(): Parameter must be an array or an object that implements Countable in /home/booscien/public_html/wp-includes/theme.php on line 630
 senators Archives - Boo Science
Skip to content

I have a buddy (hey Kade!) down south who graduated with a “Bach in Government”, from The Cats Meow in the French Quarter, I presume, which I think means he knows a lot about the classical music played in Federal building elevators.  He told me I might want to take a look at Mississippi’s Mexico (aside from actual Mexico) for some Senatorial cat inspiration. Well it it turns out Kade was right, which is shocking, because I’ve lived in Louisiana and it usually takes a few beers before anyone I knew down there would tell you anything but a joke about boobs, their politicians, or Mississippi. That must mean things are serious down there, or their politicians look exactly like cats. I’ll let you decide, but stay on the lookout, aside from catifying their hooked loving (Sen David Vitter), and evangelical (Sen Bill Cassidy – in this case for his state’s environmental recovery funding) senators I’ll be looking at a few other Mush-mouthed candidates. I’m looking at you, Governor Bobbikins Jangles.

Also, please enjoy a pothole as a politician, mostly because we have horrible pothole problems here in the Oklahoma City metro area, but also because I find the visual of Oklahoma’s most something something Senator, James Lankford, happily snarking from a 5 foot deep water-filled pothole freaking hilarious. 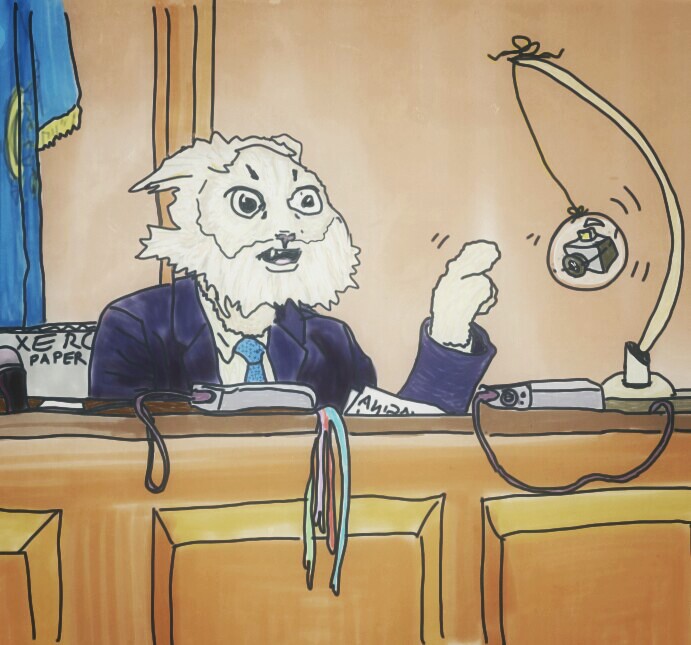 Last week Idaho made news on the webs and in my morning coffee when local Rep. Vito Barbieri (R) took time out of a hearing to discuss which hole or holes leads to the vagina in the human female anatomy, whether or not women could just swallow a pill with a camera in it to diagnose a legitimate pregnancy or a lack of Jesus in the heart.  Once educated on the matter I’m sure moved on to more important matters like finding out which entrances to the House he should be using during business hours, honestly I’m not sure, but I love the idea of him sitting there playing with one of those little cameras, wondering not where it had been, but where it could go. Bravo, Idaho, forward thinking like that is what keeps political progress and science swiftly moving forward equitably in the colon of America. Or vagina. Whichever.

Anyway, thanks goes out to Vito for helping me pick which two US State Senators to draw next for my Politicians as Cats series. I owe you one, Vito, just let me know how I can pay you back, just as long as it doesn’t involve doing anything medical in your state.